Government to review 1.6m Personal Independence Payment claims – what does it mean to you? 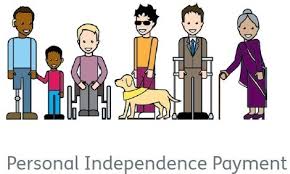 In March 2017, the government changed the Personal Independence Payment (PIP) rules. This made it harder for people with mental health conditions to qualify for the mobility component.  In December 2017, the High Court found that these changes unlawfully discriminated against some disabled people.

Initially, the government intended to appeal the Court’s decision but it has now decided against this.

The government are now required to amend the PIP rules to ensure that people with mental health conditions once again qualify for the mobility component.

The government has also said it will identify all claimants who lost out as a result of the changes introduced in March 2017 and will ensure that mobility payments are backdated in those cases.

All 1.6 million people receiving PIP will have their claim reviewed, up to 220,000 of these could receive back dated higher rewards.

There will be no face to face reassessments of awards.

Who is owed money?

The people most likely to benefit are claimants who meet both of the following criteria:

The PIP changes haven’t been made yet, and the Department for Work and Pensions (DWP) is unable to confirm the exact date this will happen.  Anyone applying for PIP in the meantime will be contacted once they have been implemented if they are eligible for more support.

What do you need to do now?

If you receive PIP and think you may be eligible to the back dated higher award, you do not have to do anything.  The DWP has confirmed that you will be contacted in due course.

Dial West Cheshire's use of cookies. We use cookies and similar technologies across our websites so that we can
enable functions that help you use our websites and features to their full potential; improve the quality of our services and offer new ones; enhance security, and help prevent fraud.

This website uses cookies to improve your experience while you navigate through the website. Out of these, the cookies that are categorized as necessary are stored on your browser as they are essential for the working of basic functionalities of the website. We also use third-party cookies that help us analyze and understand how you use this website. These cookies will be stored in your browser only with your consent. You also have the option to opt-out of these cookies. But opting out of some of these cookies may affect your browsing experience.
Necessary Always Enabled
Necessary cookies are absolutely essential for the website to function properly. This category only includes cookies that ensures basic functionalities and security features of the website. These cookies do not store any personal information.
Non-necessary
Any cookies that may not be particularly necessary for the website to function and is used specifically to collect user personal data via analytics, ads, other embedded contents are termed as non-necessary cookies. It is mandatory to procure user consent prior to running these cookies on your website.
SAVE & ACCEPT
Accessibility by WAH